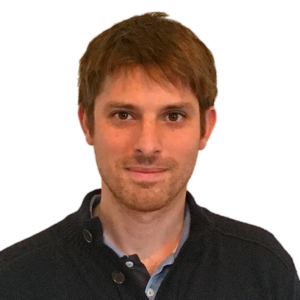 Thibaud, Pilot, joined the company in 2014

“After ten years of maritime experience on-board international coastal oil tankers, I had the opportunity to discover the offshore environment in 2014 joining Stoltd Partner on a position of Loading Master, in charge of loading and unloading operations on the Girassol FPSO based in Angola.

For 2 years, this position allowed me to discover and learn the multidisciplinary operation of the offshore petroleum industry, its organisation and technical management are totally different from the maritime sector that I knew until now.

Mid-2016, I have been offered to move to a position of Loading/Berthing Master which really brought me a valuable experience by assisting the Pilot during tanker mooring maneuvers on the loading buoy or in tandem. A year later, I get promoted as an offshore Pilot.

The Pilot prepares the arrival of the tankers, carries out the approach and departure maneuvers of the VLCC or SUEZ MAX tankers with the help of tugs and Pilot’s team composed of the Berthing Master on deck and Seamen in the service boat. The Pilot is the representative of the terminal on-board the tanker, responsible for the smooth running of the tanker loading operations and for signing the loading documents.

It is therefore all these versatile operations that make the job of offshore Pilot a very rewarding one. What motivates me the most with this position is the team work in the realisation of our operations which are often complex to prepare, organise and realise for a client with operational constraints requesting the highest standards of quality and safety. With the support of Stoltd Partner teams we can carry out these operations on time and according to client’s requirements.

I have been employed by Stoltd Partner for 4 years now, and its knowledge of the offshore environment has allowed me to make this interesting career development, and to accompany me in the realisation of my Pilot training courses and the update of my navigation certificates. I greatly appreciate being managed seriously and without difficulty. It is quite remarkable in the offshore industry that a company is so rigorous in the management of employment contracts, visas, airline tickets, training, regular salary payments, in the respect but allowing also some flexibility regarding rotation schedules.”